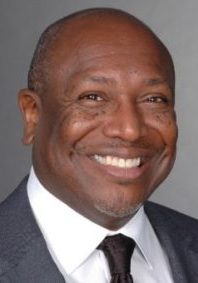 As Deputy CEO at the Tanenbaum Center for Interreligious Understanding, Rev. Mark E. Fowler is responsible for program development, project management and the expansion of Tanenbaum programs nationally and internationally. A sought-after facilitator and keynote speaker on equality issues like race, gender, sexual orientation and religion, Mark’s recent engagements include keynotes at SASK Power (Canada), the NASSCOM conference (Bangalore) and NALC Diversity Best Practices. Mark has also recently conducted workshops at the Out & Equal Workplace Summit, the Diversity in Asia Network (DIAN) of Community Business, and the Forum on Workplace Inclusion.

Rev. Fowler is an ordained interfaith/interspiritual minister. He is appreciative of the privilege of seeking God in all its manifestations on the planet, thus far. Rev. Fowler has given the morning message several times at the New Thought Spiritual Center of Eastern Long Island in Southampton, New York, the Community Protestant Church in the Bronx, at Sacred Fellowship Ministries in Brooklyn, and at Unity of New York in Manhattan. Rev. Fowler is also a Second Year Dean of Students at the One Spirit Interfaith Seminary.

Rev. Fowler earned a B.A. in English and Education at Duke University and trained as a Mediation and Conflict Resolution Specialist with the NYC Department of Education. He completed the seminary program at the One Spirit Interfaith Seminary in New York.

Since 1996, GRIOT Circle has provided a welcoming space, culturally sensitive services,
and member-centered programming that affirm the lives of LGBTQ elders of color.
Much of this is made possible because of our generous supporters.